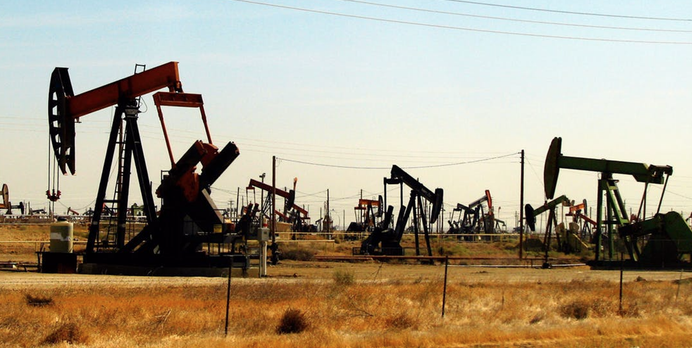 VIEW FROM HERE--It’s worth saying right up front: the OurCounty plan being promoted by the Los Angeles County Chief Sustainability Office will never work in its current form. It may best be described as an aggressive, fanciful and expensive effort — and a populist prayer loved by climate change alarmists because of a key provision that would end the County’s use of fossil fuels by 2050.

The 220-page document is without doubt a very ambitious plan, one that promises a bold model for the county’s 88 cities to follow. The overall vision of OurCounty certainly sounds nice, even enticing.  It describes 12 lofty goals that include enhancing the wellbeing of all communities, making sure that the poor and middle class alike have opportunities, providing everyone with access to affordable housing, and affirming that children can grow up in safe, clean neighborhoods.

But one of those goals — the seventh — describes in no-nonsense terms the elimination of fossil fuel and natural gas usage. That, in short, is a total pipe dream.

Our lifestyles depend on oil, coal, and natural gas, all of which are fossil fuels, to heat our homes, run our vehicles, power industry and manufacturing, and provide us with electricity. We need petroleum products, which include everything from plastics to vital medications and medical devices, without which our life expectancy would surely drop. Can you imagine life without fossil fuels?

Renewable sources of electricity, which the plan touts repeatedly, cannot replace traditional fuels, which are abundant, reliable, and multifunctional. In reality, any plan being pushed should use the best combination of what’s available. This would mean using a mix of renewable electricity and traditional fossil fuels.

But until the day exists when technology advances to a point where renewable electricity can fully replace the capabilities of traditional fuels and the thousands of products that are manufactured from oil, phasing out and ending the use of fossil fuels is unrealistic, irresponsible and even dangerous.

To understand the challenge, it must be made clear that not all energy sources are equal. Renewable electricity sources like wind and solar can only produce electricity, which is great, but it does not have the energy density to do more than power a portion of the electric grid and the thousands of products that do not come from solar panels nor wind turbines.

Renewable electricity is also intermittent, at best. When the sun goes down, or the wind stops blowing, the generators stop turning and then the lights go out.  Well then, why not build really big batteries? Sorry, that’s not practical because the technology is just not there.

Petroleum fuels or fossil fuels have a greater energy density. For example, the power produced by jet fuel can provide the thrust to push an airliner halfway around the world without refueling. But even by the most optimistic predictions, the battery powered planes of the future would only have the capacity to fly people regionally, and only in small numbers.

Petroleum, frankly, has made it possible to “make products and move things” anywhere in the world. The county has an impressive roster of vibrant transportation venues including major hubs like Los Angeles International Airport, Burbank and Long Beach airports, the Port of Los Angeles and the Port of Long Beach, all of which are economic drivers for our economy, and all of which depend on the use of fossil fuels.

We must confront the fact that virtually every industry — particularly manufacturing, travel, agriculture and communication — depends on energy-dense traditional fuels. A switch to alternative wind and solar energy would, in effect, result in the cost of living becoming even more expensive, which, in turn, could push all but the wealthiest closer to poverty and homelessness.

What would make the energy challenge even more extreme is that California already imports much of its electricity across state lines, as in-state generation cannot keep up with demand. This is an incredibly costly and inefficient process, and it’s one of the reasons our state has the highest energy costs in the country.

So, the less electricity generated means that more will need to be imported. More importing means higher costs. That means, for a typical household, more spent on monthly electricity bills and less on other necessities like rent, food or childcare.

Until that day when technology and innovation can catch up with OurCounty’s vision of community and sustainability, fossil fuels will continue to power much of our daily lives. A sunset on the oil industry would surely mean a sunset on our economy.

In many ways, it’s clear that the OurCounty plan is bold and audacious. But, if carried out as is, it would harm much more than help.