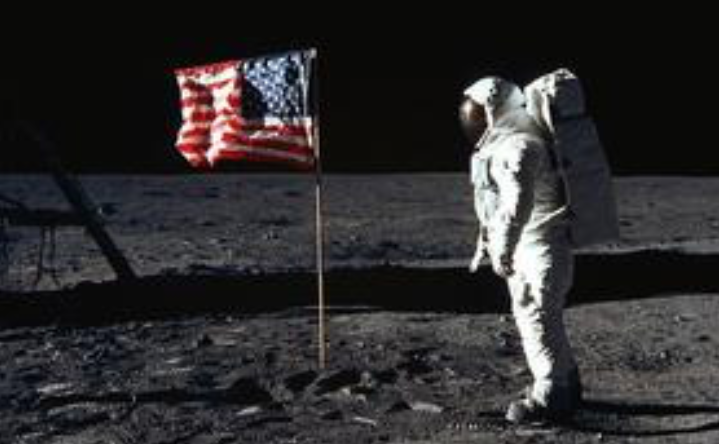 NEW GEOGRAPHY-California may have gotten its global allure from the Gold Rush and the movies, but it’s planes, missiles and now drones and spaceships that have underpinned the state’s industrial emergence.

Today, after decades of rapid decline, California’s aerospace employment is growing again, albeit slowly, providing a new chance for the state’s productive economy.

Space, which provides opportunities ranging from telecommunications to exploration, is clearly the next big thing. Boosted by a huge surge of investment, up tenfold since the early 2000s, space industry global revenues have increased from $175 billion in 2005 to almost $385 billion in 2017. By 2040, space industry annual revenues are projected to grow to between $1.5 to $2.7 trillion.

In the struggle to win a lion’s share of this industry, California has many critical assets, including a location quotient for aerospace employment well above the national average, as well as the headquarters of critical players such as Space X and Virgin Orbit.

A fight we need to win

During World War II, aerospace transformed California, providing the engineering skills that would later morph into Silicon Valley. This critical industry was devastated after the fall of the Soviet Union; today’s aerospace industry employs barely 90,000 workers in Southern California, one-third the employment of 1990.

Large swaths of Southern California, from South Los Angeles to Hawthorne, Long Beach, Pico Rivera and parts of the San Fernando Valley, have never really recovered this prime source of middle-class employment. And although there has been modest growth recently, low-cost states such as Florida, Oklahoma and South Carolina have picked up far more jobs. Many firms formerly located here have either moved or been absorbed. There’s also been a loss of smaller companies critical to the supply chain; California, notes Chapman University analyst Marshall Toplansky, has seen the largest loss of aerospace companies of any state.

We can expect fierce competition as many states — deep-blue Washington, red Oklahoma and purplish Michigan — are targeting the industry with tax, real estate and worker training deals. Texas, third behind California and Washington state in industry employment, has already secured the role of being the site for the bulk of rocket test and certification flights. SpaceX and Blue Origin have large test facilities in Van Horn and Brownsville, respectively. In addition, Texas has two spaceports, in Midland and Houston.

California still has a great opportunity to do what it does best — seize the future. As traditional aerospace shifts elsewhere, our state has become a major outpost for a burgeoning space industry, which includes satellites, drones and spaceships. Even as we have lost market share in most sectors, California has expanded its hold on space-related employment since 2004, and now boasts a per capita employment quotient in this sector well above three times the national average.

It’s still an open question how long our state can continue to dominate this burgeoning industry. The movement of firms like Space X and Virgin Orbit has created thousands of new, high-paying jobs. California’s strong research and development component seems secure for now, but production, which employs more blue collar and mid-skill workers, could gradually shift elsewhere.

One troubling indicator could be the recent decision by Space X to build its new spaceships not in San Pedro, where it was proposed, but in south Texas as well as in Florida. The reasons behind the move are complex, but California’s business climate and higher costs, particularly compared to Texas, likely played an important role, as it has in many industries. Similar issues could arise for other space start-ups, which might keep some elite jobs here but take the desperately needed production employment elsewhere. State regulations drive up the cost of building any manufacturing facility, creating a toxic environment for job creation.

Over the past decade California’s high wage growth has come largely in fields such as social media, enterprise software and internet-driven services, such as ride sharing, credit cards and travel. Yet this employment tends to be skewed regionally, largely in the Bay Area, and produces relatively few blue collar and mid-level jobs.

We need to rethink this focus, and quickly. The venture-capital, IPO-driven boom is inexorably slowing, as more and more of the once ballyhooed tech-oriented startups — Uber, Lyft, Twitter — continue to lose boatloads of money. Some tech companies are also rethinking their need to place jobs in the state since, being internet-based, they have limited need to locate non-elite jobs here.

In contrast a thriving space industry would rely on the unique combination of skills that have accumulated here over the decades. The largest gaps in hiring, according to a recent Lockheed Martin report, include not only cyber engineers, but technicians and specialists in such things as manufacturing and testing. Space may not be a classic mass production industry, but it does produce a wide range of middle-class jobs.

How to win the space race

To win the new space race, California must start focusing on realities of planet Earth. Our lack of new and affordable housing makes California, even for most younger engineers, a less attractive location. Young people, notes one recent survey, are now those, along with the remaining conservatives, least pleased with life in the Golden State.

These young people are critical to our future in space. Our great resource of talented, skilled aerospace workers — engineers, machinists, assemblers — is aging rapidly. They need to be replaced by a new generation with these and updated skills. This is made more difficult as the space industry, dependent on federal contracts, needs to employ citizens, unlike the social media and search giants in Silicon Valley who rely heavily on imported labor.

To build this industry, we need to reconsider policies that, in large part, work to undermine any production economy. Aerospace executives surveyed have cited regulations second to talent shortages as a barrier to expansion. The state’s climate-change policies, which drive up the cost and degrade the reliability of power supplies, could place huge burdens on future space-related manufacturing. The state’s ill-conceived policies also work against affordable family-friendly housing, driving people and companies elsewhere.

Other policies, like new laws on contract labor, could also disrupt the flexibility of companies that seek to use part-time or short-term contracts to meet their goals. State laws to prevent “sprawl” could make it difficult for future space industry facilities that may be best placed in lower-cost areas like the Inland Empire. We need to see these areas not as peripheral but as the best locale for the next California boom.

The emergence of a major, large-scale space industry presents a unique opportunity for California to diversify its economy and restore parts of our beleaguered middle class. It’s a prospect we need to seize with all the vigor and imagination that has made our state great.

(Joel Kotkin is the Roger Hobbs Distinguished Fellow in Urban Studies at Chapman University and executive director of the Houston-based Center for Opportunity Urbanism. Doug Havard is a public-school educator and Ph.D. student at Chapman University’s Attallah College of Educational Studies. This piece first appeared in the Orange County Register.) Photo credit: NASA, Public Domain via afmc.af.mil. Prepped for CityWatch by Linda Abrams.