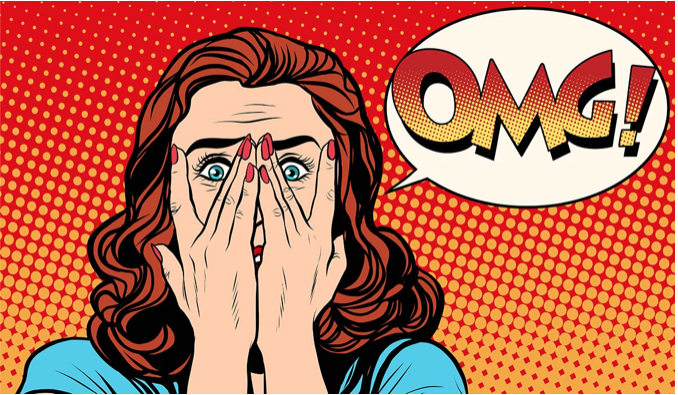 @THE GUSS REPORT-Politics in Los Angeles, at both the City and County level, is so insular that the people who we trust to run it honestly are often saturated with corruption, craziness or both because there are virtually no consequences for their being either.

Let’s check out the latest in cringeworthy LA-LA political lunacy.

Other than the brief moment of silence before things got under way at last week’s LA City Council meeting on 9/11, there were no words of remembrance from the LAPD or LAFD during the meeting.  That’s odd, considering all the things that are celebrated or memorialized during every other Council meeting.

Councilmember Joe Buscaino ran the meeting when members of the public got their chance to share their concerns and grievances.

Unfortunately, flashy “Joey B.,” a former cop, was so preoccupied with breathing down the neck of people whose comments rubbed him the wrong way that he lost all sense of situational awareness as he called one speaker card – Mohammed Atta – to come to the podium for his chance to speak.

Atta was the lead 9/11 hijacker, crashing American Airlines Flight 11 into the World Trade Center’s North Tower. (The same speaker card prank has been pulled on City Council at other meetings, as well.)

One would think that a former cop would know this and steer clear of being punked on 9/11. Loosen the reigns, Joe. The gadflies got you on this one.

For a former presidential Labor Secretary, LA County Supervisor Hilda Solis was slinging the lunacy far and wide last week as she called upon the private sector to hire paroled felons.

I rang up her office to find out how many of the darlings she and her colleagues hired as typists, clerks or drivers, etc. Not that it’s a bad idea, but does she walk the talk?

Well, part of the reason why this column doesn’t accept prepared statements in lieu of live questions, or work through spokes-hole intermediaries, is because they offer only pre-written horse crap and filter questions for politicians who lack the courage to speak on an impromptu basis.

Nevertheless, horse crap they did sling, like trying to rebrand parolees as “justice-involved individuals.”

I couldn’t resist. I called again and asked how they differentiate between “. . .‘justice-involved individuals’ whose charges were dropped; who were charged and acquitted; who were convicted but not imprisoned; and who were imprisoned and later paroled.”

It’s almost as cringeworthy as the time in 2016 that Solis Tweeted her condolences. . .for someone who died in 2007.

Last week, Hugo Rossitter, a Deputy City Attorney under Mike Feuer, who was outed by this column a few years ago for running two unauthorized law consulting businesses which owed business taxes to the City of Beverly Hills and the City of LA, went to court last week to get a temporary restraining order, TRO, on behalf of LAPD Commissioner Richard Tefank against uber City Hall gadfly Armando Herman.

This columnist was called to appear as a percipient witness, because I inadvertently overheard a street corner conversation between Tefank and this un-named LAPD detective, in which they mocked Herman and indicated that the TRO was retaliatory in nature.

Apparently, my presence sent both Rossitter and the judge so off-track that they forgot to have me sworn in prior to testifying. When Rossitter later pointed this out to the judge, she chastised him for not pointing that out beforehand.

Still, Rossitter requested and got a five-year TRO against Herman.

Workplace TROs of this sort are for “up to three years” only.

That’s what we call corruption, and the TRO is almost certain to be thrown out with the process starting over from scratch. It’s also what we call a colossal waste of taxpayer dollars.

The lawmaker from LA’s most impoverished community, Council District 8, put on a presentation last week honoring the universally adored Earth, Wind and Fire, whose singer friends Ray Parker Jr. and Deniece Williams were also in attendance.

In introducing the wives of Earth, Wind and Fire, Harris-Dawson neglected to point out that Shelly Clark, the wife of EWF bassist Verdine White (and a former colleague of this columnist) was a former Ikette of Ike and Tina Turner fame, who had a #1 hit with “Want Ads” as a member of the early 70s group Honey Cone.

After that, Harris-Dawson took off to Washington, D.C., to participate in a Congressional Black Caucus event.

But since MHD wasn’t needed in D.C. until later in the week, had he stuck around a little while longer, he would have been present to hear the impassioned concerns of his constituents who were worried about losing their beloved AFIBA Center, including a blind musician who says he teaches children at the center to play percussion and “to learn to love themselves.”

None of MHD’s staffers were around to talk to those concerned constituents, either.

A week earlier, MHD also declined to field live questions about why places, like Sherman Oaks, have enormous and magnificent new supermarkets, with another one currently under construction, while his constituents struggle to go elsewhere for fresh grocery shopping opportunities.

And let’s leave you with this nugget. . .

Cultural Appropriation at the LAPD?

In the lobby of LAPD headquarters there’s a large display celebrating Latin Heritage Month. On it is a decades-old photo of LAPD Captain Patricia Sandoval, a chief antagonist of this column.

After a little prodding, the LAPD admitted that Sandoval (who did not respond to emails) is not Latina.  In fact, this column’s fans pointed out that her maiden name is decidedly eastern European; shades of Rachel Dolezal and Elizabeth Warren.

In fact, the LAPD was sued a few months ago by its own Sergeant Frank Preciado for Sandoval’s alleged racist, anti-Latino policies against keeping Spanish media playing in its Media Relations suite.

The LAPD refused to state which organization sponsored the display, but it is LA LEY, the Latin American Law Enforcement Association, which has not yet responded to why Sandoval is pictured on its display, even 24 hours after the matter was brought to the attention of LAPD Chief Michel Moore.

As of Saturday morning, anyone who enters the LAPD HQ lobby is still being misled by the display.

While this is only part of the grime that went down last week in LA politics, you and I are out of space with so much more to share. But it is coming. Have a great week.

(Daniel Guss, MBA, is a member of the Los Angeles Press Club, and has contributed to CityWatch, KFI AM-640, Huffington Post, Los Angeles Times, Los Angeles Daily News, Los Angeles Magazine, Movieline Magazine, Emmy Magazine, Los Angeles Business Journal and elsewhere. Follow him on Twitter @TheGussReport. His opinions are his own and do not necessarily reflect the views of CityWatch.)  Prepped for CityWatch by Linda Abrams.