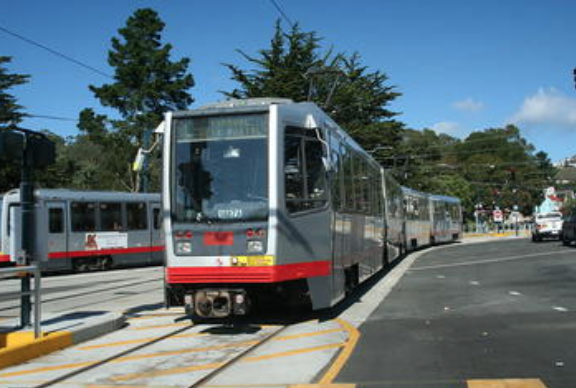 NEW GEOGRAPHY--In our system of government, the public sector is, well, supposed to serve the public.

But increasingly the bureaucracies at the state and local level increasingly seek to tell the public how to live, even if the result is to make life worse.

This became glaringly obvious recently, when the CEO of the Los Angeles County Metropolitan Transportation Authority, Phil Washington, reeling from data showing a steady drop of transit riders, decided that the only solution was to make driving worse.

“It’s too easy to drive in this city,” said Washington. “We want to reach the riders that left and get to the new ones as well. And part of that has to do with actually making driving harder.”

Now let’s consider what that means. L.A. County is hardly a paradise now for commuters — 84 percent of whom drive to work — while the Orange County and Riverside-San Bernardino areas, where transit dependence is even less marked, are no great shakes, either. All suffer among the longest average commutes of anywhere in the nation.

Normally one would expect our elected officials to want to make life easier. A transit agency should orient itself not to social engineering, but to looking at innovative ways to contain traffic. Much of this can be fairly inexpensive and flexible, such as adding lanes, building up the capacity of ride-hailing services, or even allowing for private jitneys. But such ideas are not welcomed by those who have decided only their solution — more trains — is an acceptable alternative, and damn the consequences.

Let’s get real about transit

When Los Angeles started its massive rail construction program — now at $16 billion and counting — there were brave assumptions that the City of Angels would soon become “the next great transit city.” But it did not. Transit ridership today is lower than in 1990 and has been falling even as the new systems are built.

The problem is not unique to Los Angeles. Virtually all American cities whose growth took place mainly after 1950 have the same problem, and it’s called the car. It may have negative externalities in terms of the environment (although far less than before), but it does get people to work far more effectively than transit. This is particularly true because only a small speck of L.A. jobs, and far fewer in the OC and Inland areas, actually are located in a downtown, which is the most accessible for transit riders.

People dependent on transit, given the spread-out geography of jobs, are extraordinary limited in their employment choices, or will have to endure extra-long commutes. Today the average car commute in Los Angeles County is 28 minutes; among transit riders it’s 51.

The kind of power grab that Washington contemplates would be transformational, but it’s not likely to come directly from City Hall or Sacramento. This class, the clerisy, the modern-day equivalent of the medieval church, derives its power not from getting elected (although the elected allow their excesses) but by inhabiting the levers of planning power.

The clerisy also includes the media and academic establishments, which generally support anything that purports to create fewer greenhouse gases, even if it does not, as we now know has been the experience since 2007. As analyst Randall O’Toole observes, based on figures from the 2017 National Transit Database, L.A.’s bus system, in part because it is so underused, burns more energy per passenger mile than the average SUV and emits more greenhouse gases.

But these issues are never discussed because the clerisy does not want to debate the results of their action. Instead the cabal creates an intellectual atmosphere where anyone with different views is either attacked, or, increasingly, in the current one-party environment, ignored.

For the clerisy there is only one primary objective, reducing California’s infinitesimal carbon “footprint” in ways its members consider acceptable. These directives are applied not through legislative means, but by internal bureaucratic decision-making. After all, a mayor or governor who said his goal was to make driving worse would not have much of a future, except for the most addled climatistas.

Instead these measures are largely imposed by unelected bureaucrats like Washington whose single interest is to force Southland residents to live the way their betters desire. This applies not just to transportation but what kind of houses we can live in, seeking to force people into ever smaller residences powered only by electricity; most people want single family homes and may find natural gas a far cheaper way to power their homes.

Yet like the famous Soup Nazi in “Seinfeld,” if you want to drive, own a house and live a middle-class lifestyle in L.A., no soup for you!

So much for social justice

In addition, Washington is also pushing for congestion pricing, like that used in cities like London, which would impose charges for driving cars in crowded neighborhoods at peak times. Proposals for a pilot congestion-pricing program in L.A. have yet to gain much political traction.

Like many of MTA’s proposals, and those of state bureaucracy as well, the losers are often the poor. After all, the cost of congestion pricing, like high energy and housing prices, fall most heavily on those who lack the means to pay them.

There are other, more innovative and equitable ways to reduce, or at least contain, traffic, including encouraging home-based work, bringing the jobs to less congested areas where people can afford to live and allowing private bus services to connect job centers with residential areas. For most, given the length of transit commutes, today’s transit system would force people to waste enormous time getting to work, to their detriment and that of the lives of their families.

Other policies aimed at making “driving harder” also creates collateral damage, as we see in parts of L.A. that have been afflicted by the city’s “road diet.” Twenty-one businesses, notes L.A.-based attorney Chris LeGras, have closed in less than two years along a 0.8-mile stretch of Venice Boulevard in the west side’s Mar Vista neighborhood. One of three traffic lanes were removed, as well as some street parking, and new physical barriers installed. For many, the drive to force people out of their cars can mean one of two things: ever longer commutes or a look at real estate ads in Boise.

In their drive toward an imagined transit utopia, our ruling classes — particularly the unelected — are creating something that to residents may seem closer to a dystopia.

To please the clerisy’s climate obsessions, locals are forced to spend ever more time spewing greenhouse gases in congested traffic or, if they do as told, spend hours more every week trying to get to work. These negative impacts are ignored by the media and much of academia. They can only be challenged if those being screwed get up the courage to stand up against them.

This article first appeared in The Orange County Register.

(Joel Kotkin is a Presidential Fellow in Urban Futures at Chapman University and Executive Director for the Center for Opportunity Urbanism. His last book was The Human City: Urbanism for the Rest of Us (Agate, 2017). His next book, The Coming of Neo-Feudalism, will out from Encounter early next year. Posted originally at Quillette.com)